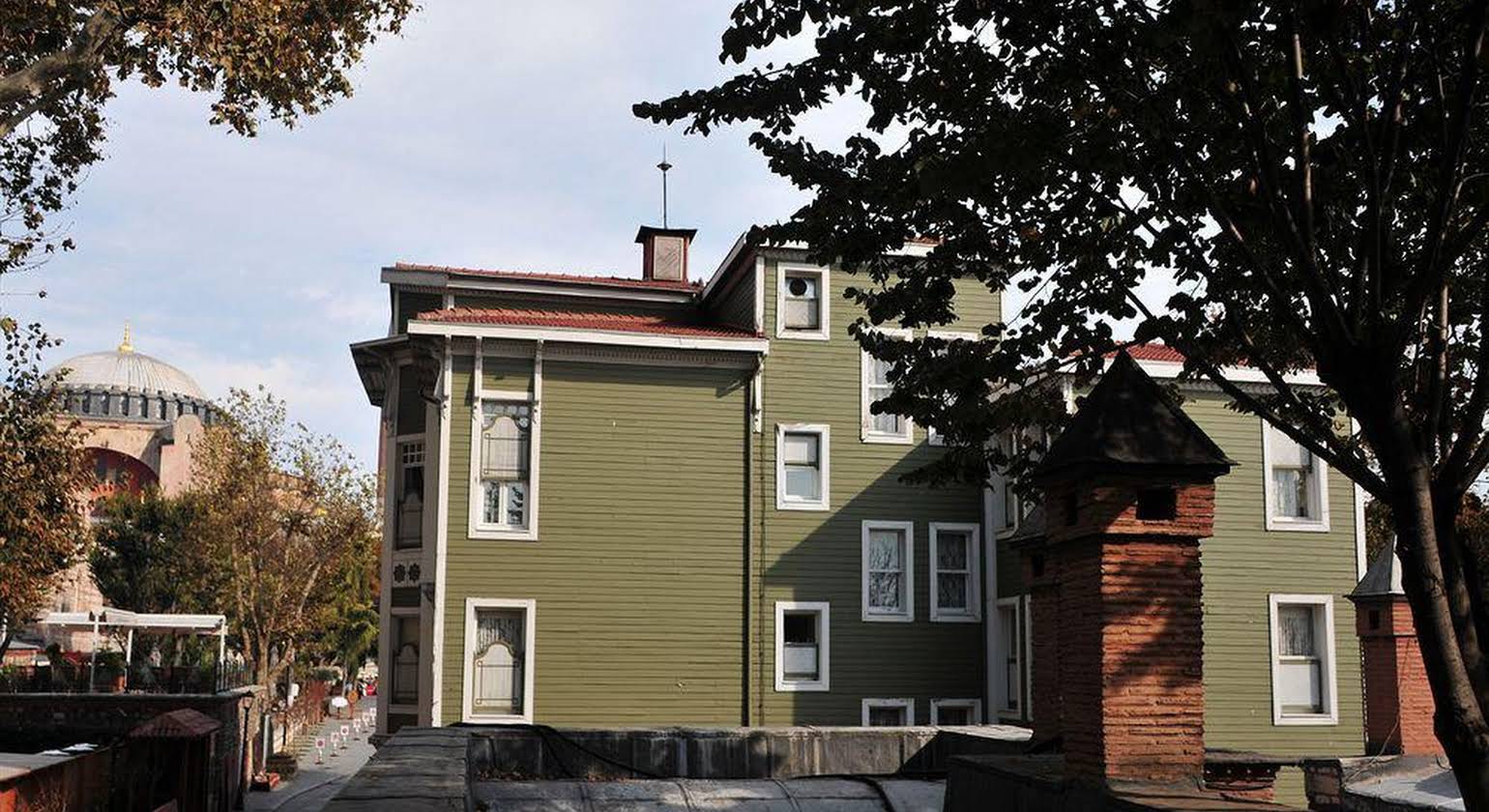 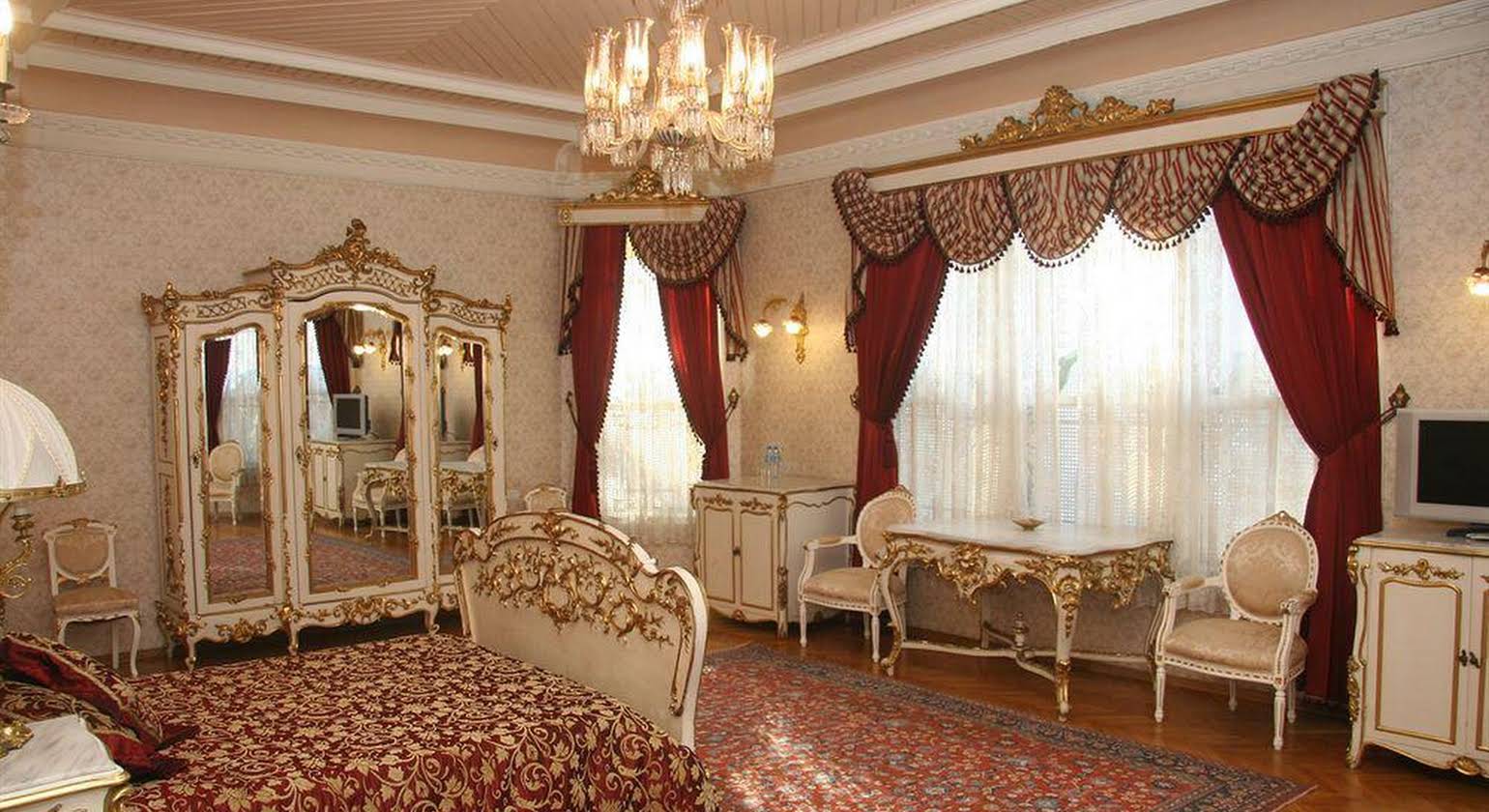 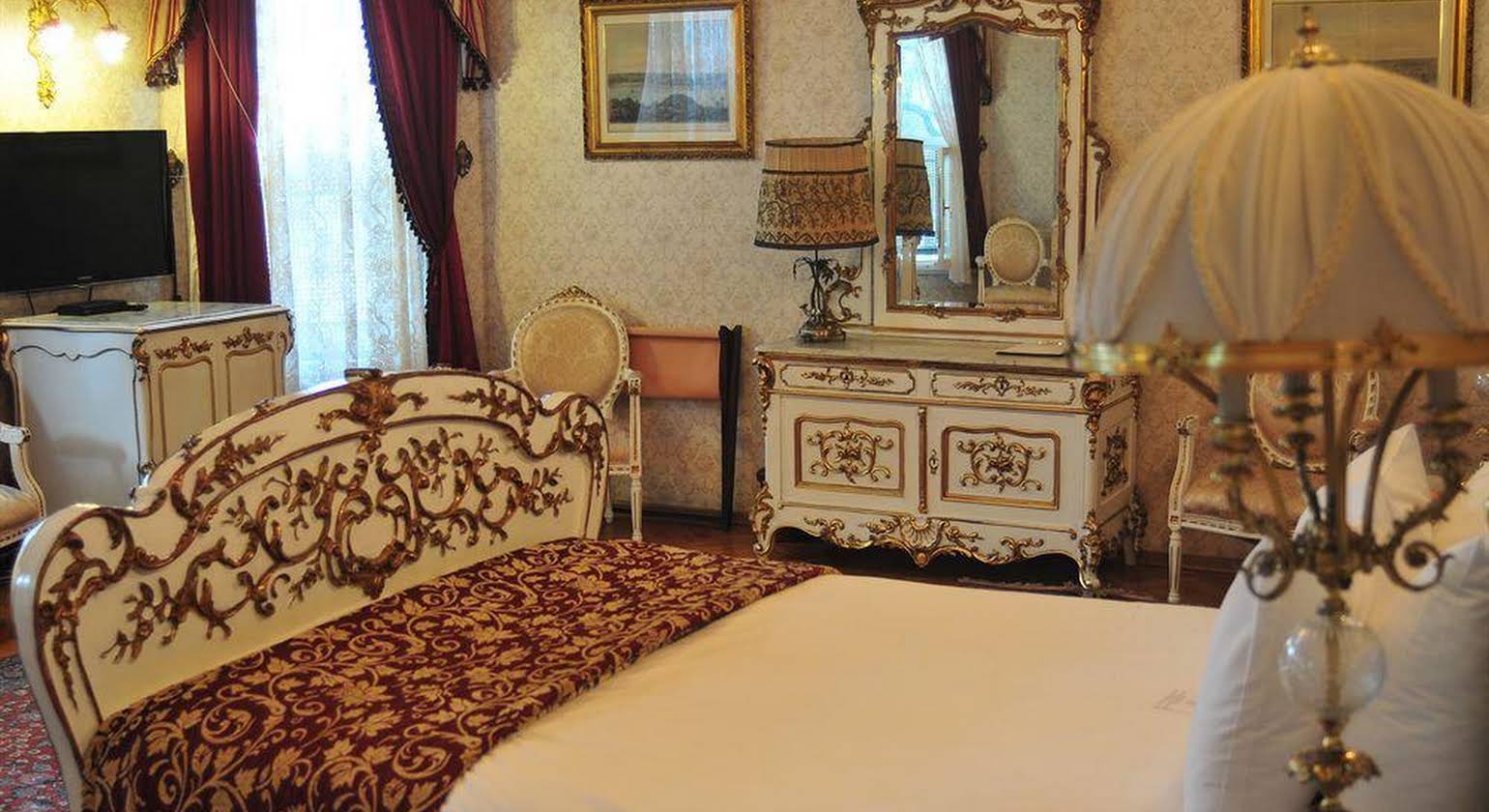 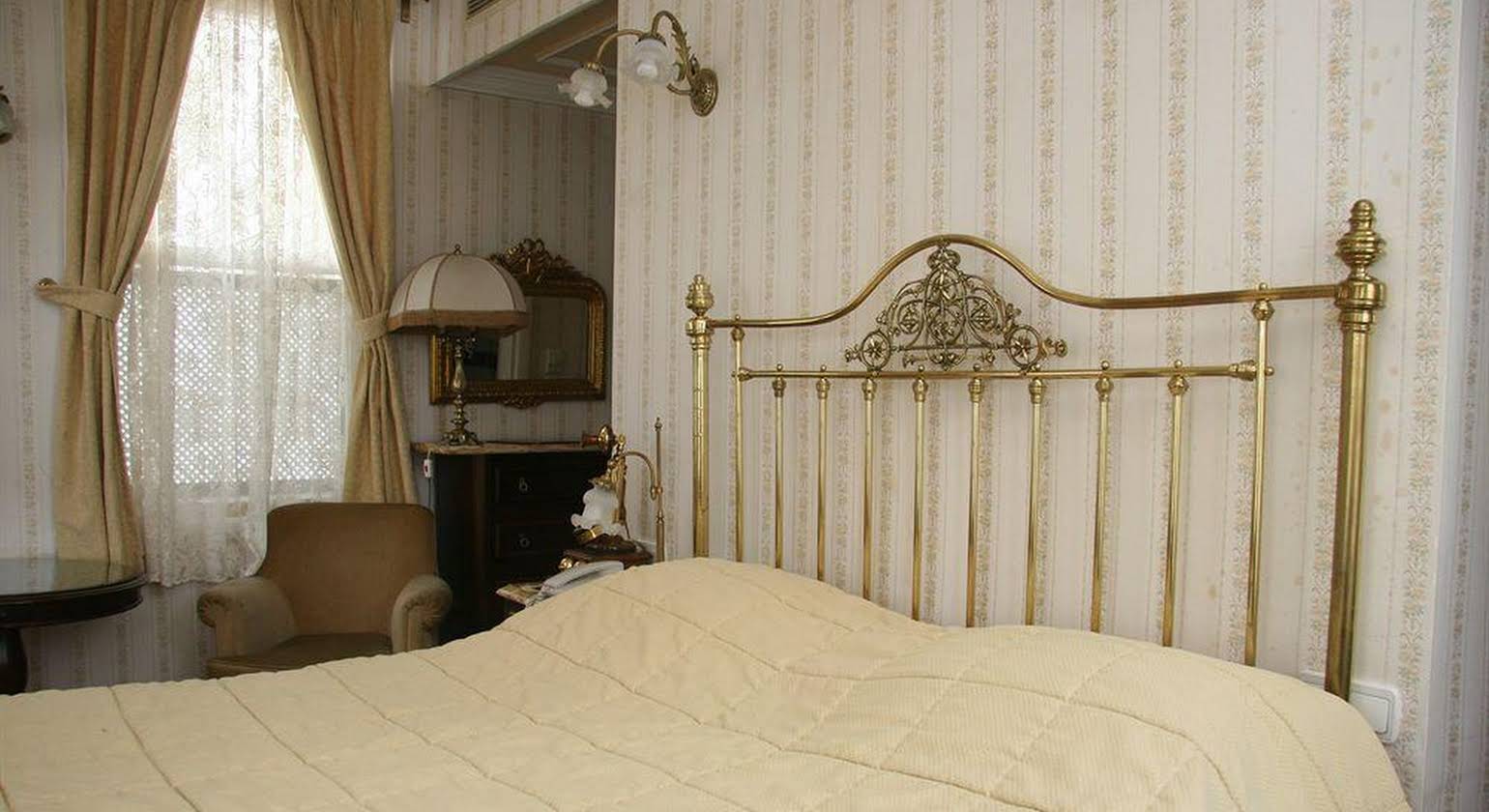 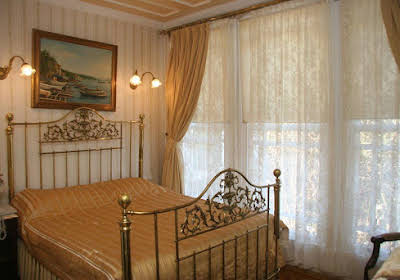 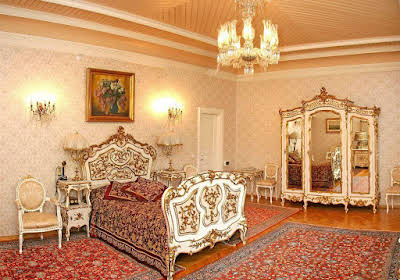 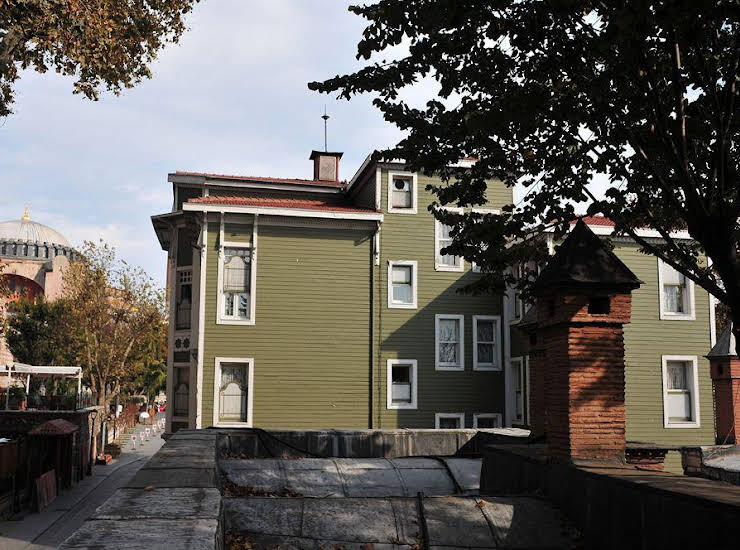 Until the 1950’s the Beyazıt - Sultanahmet district could still boast a number of large mansions set in specious gardens. The mansion belonging to the Minister of Monopolies, Şükrü Bey, managed to survive, in a dilapidated state, until the 1970’s. In 1977 this mansion was up for sale and was taken under control by the Turkish Touring and Automobile Association. The old wooden building was so far beyond repair that it was demolished and rebuilt. The nineteen rooms and layout were carefully preserved and the exterior remade as an exact replica and put into a service as the Yesil Ev in the spring of 1984. This unique mansion very quickly attained a world-wide reputation and was awarded in 1985 the medal for the year by “Europa Nostra”. Yesil Ev had, indeed, introduced the concept of true comfort and hygiene to this “derelict” district and opened a new epoch in Turkish tourism by combining modern standards with historical style. It is furnished in the style of a 19th century winter mansion, and has a charming pool in pink porphyry in its Garden full of colorful flowers and high trees. Yesil Ev offers visitors the warm, friendly atmosphere of an old Istanbul home in one of the most breath taking historic sites in the world. Yesil Ev has been honored by many statesmen, diplomats, artists and famous people since its opening. Among our distinguished guest are President Mitterand in 1992, with his New Year visit, J.Paul Gauthier, Rudolf Nureyev, Larry King, Prince of Belgium and Rachel Weisz.
* The indoor restaurant in the lobby with its 19yy mansion style decoration and capacity of 80 people, serves the guests during the winter time. * In the Garden full of colorful flowers, high trees and a charming pool in pink porphyry, the very special dishes are served to the guests in three seasons of the year. And during the winter time the Sera Restaurant, with the different kinds of plants and colorful lambs in it, serves the guests. Yesil Ev Garden where the open buffet breakfasts are served in summer has a capacity of 200 people as Cafe & Bar and Restaurant.
* The 19 total rooms which are furnished in the style of a 19th century winter mansion have shower/wc, central heating, air-condition, direct dial telephone, minibar, tea/coffee tray and safety box. Hair dryer can be requested at the reception. 24 hours room service, power generator and fire alarm system are also available. With a turkish bath and its special decoration the Pasha Room of Yesil Ev has a world – wide reputation.
The Yesil Ev, the first work of arts of Touring, is located in just between the two unique monuments of Istanbul; St Sophia and Sultanahmet Mosque.